What is LDI? Who is a good candidate for it? 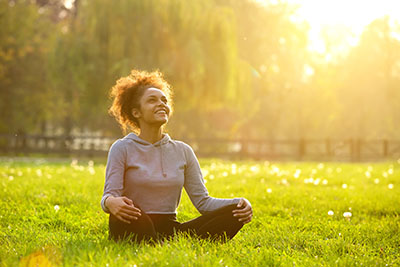 Let's use this blog to take a closer look at LDI and what exactly the treatment entails.

Low Dose Allergan (LDA) is used to desensitize someone to specific allergans whether it be an allergic response someone is having to food or environmental factors.

There is also Low Dose Immunotherapy (LDI). This is an unique treatment that has been shown to provide dramatic relief of symptoms and improvement in health for patients with a wide range of chronic illnesses. Low dose immunotherapy is helpful in treating the immune response for various conditions including chronic infections such as:

How does LDI work?

At One Agora, we simplify how LDI works by saying that it is rehab for the immune system to reset the response that it is having to certain pathogens.

With a number of infections, the body’s immune system is able to kill the majority of pathogens, but a small amount of pathogens are able to evade the immune system. The small amount of remaining pathogens continue to stimulate a maladaptive inflammatory response that leads to chronic illness, including chronic Lyme disease, chronic fatigue syndrome, fibromyalgia and a wide variety of autoimmune diseases.

A great example of how this works is Lyme Disease. We know that Lyme-related bacteria can be difficult to completely eliminate from the body due to the bacteria’s ability to mutate and hide within the body. But even if the bacteria are almost completely destroyed by antibiotic therapy, this may not turn off the immune response that is causing most of the symptoms. In this case, chronic Lyme is more like an autoimmune disease.

Low dose immunotherapy allows us to reintroduce a pathogen to the immune system in a controlled environment so that there is a more effective immune system response to the pathogen. This ultimately decreases inflammation along with other symptoms while promoting optimal healing.

What is in an LDI dose?

LDI combines specific customized antigens (bacteria, toxins, or other foreign substances that induce an immune response in the body) with an enzyme called beta-glucuronidase. This enzyme attracts T cells, which are specialized white blood cells involved in the immune response and tells the T cells to pay attention to whatever antigens are included with the enzyme. Then the enzyme causes the down-regulation, or desensitization of TH2, the part of the immune system that was over-reacting to the included antigens. When the over-activated TH2 portion of the immune system is reduced, the depressed TH1 immunity is enhanced, which can effectively destroy intracellular infections.

So, for example, let’s say that the patient’s LDI dose included antigens to Lyme bacteria. By combining the beta-glucuronidase enzyme with Lyme antigens, the LDI diminishes the abnormally activated TH2 immune system, which is the major cause of symptoms in chronic Lyme disease, but allows the TH1 to take over and effectively attack the Lyme bacteria in the cells.

How is LDI Administered?

LDI can be administered by intradermal injection or by sublingual dosing. At One Agora, we utilize sublingual dosing with great success. Doses given sublingually are placed under the tongue and held for a short period of time, typically about 30 seconds. In sublingual dosing, the treatment is absorbed through the mucus membranes in the mouth.

There are a wide range of LDI antigens for numerous conditions along with a wide range of doses of LDI. After the initial dose, it is generally given once per week until an effect is seen, then it is dosed once every seven to eight weeks, though a booster dose can be given if a patient’s improvement diminishes and symptoms return before the seven-week mark.

What Results Can You Expect?

LDI has a different result in each patient. For some patients, improvement in symptoms can be immediate or seen the very next day. Results can last for a few days to several weeks.

One of the great benefits of LDI treatment is that each dose can be customized to the appropriate strength for the patient. The key to successful treatment with LDI is to find the correct dose for each patient. Some patients who are weaker or sicker will have better results on a much weaker dose than can be given for a patient who is stronger. It is better to start on a weaker dose and work your way up to the stronger dose than to start on a strong dose and have a flare-up of symptoms. It may take a number of weeks to work-up to a dose that is effective. Once that dose and particular antigen is determined, the treatment is then given every seven to eight weeks.

As patients progress through each dose, symptom relief lasts longer. Often by the 4th or 5th exposure to the LDI/LDA, patients will see significant relief from symptoms for the full seven weeks between treatments. At this point, the interval between treatments is typically stretched out – waiting until symptoms return before giving the next dose. After a period of time, patients may need injections/sublingual dosing only one or twice per year to stay in remission.

What Can be Treated with LDI?

Want to know more? Call or book an appointment online with Dr. Meaghan or Cathy Moore.